How Does a Prison Record Affect Child Custody? 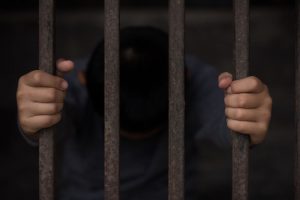 For most parents, the most important issue to be resolved during a divorce is that of child custody. This subject can be emotionally loaded, and spouses who are in the process of divorcing often have substantial disagreements about which parent the kids should live with. If the parents cannot agree on the matter between themselves, the courts will need to decide. The degree to which a parent’s prison record might have an impact on the court’s decision will depend on how much the court determines that the criminal history affects the child’s best interests.

Types of Custody in North Carolina

Before coming to the specific ways in which a prison record might have an impact on custody, it is important to understand the different types of custody that North Carolina recognizes. These include:

Legal Custody – The parent with legal custody is authorized to make important decisions on the child’s behalf, such as those that affect education, healthcare, religion, and extracurricular activities. Legal custody may be sole or held jointly between the parents. With sole legal custody, one parent holds the exclusive right and responsibility to make such decisions, while both parents have decision-making input if they share joint legal custody. In the latter case, one parent is usually designated as “primary,” meaning that they would have the final say in the event of a disagreement.

When one of the parents is granted sole or joint primary physical custody, there are generally provisions for visitation rights for the other parent. In rare cases, one parent may have sole physical custody with no visitation rights for the other parent or with visitation that is limited or supervised for the non-custodial parent. One circumstance in which this might happen is if the non-custodial parent has a criminal history and continuing criminal issues.

Effects of a Criminal Record on Child Custody 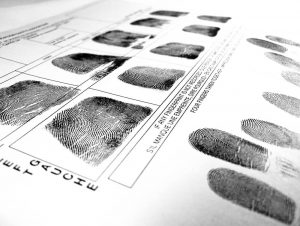 The state statutes that govern custody proceedings in North Carolina give judges a set of guidelines for what to consider when making custody determinations, but the primary consideration is to “best promote the interest and welfare of the child.” In this regard, the character of each parent is a determining factor. The judge will consider any history of criminal charges and convictions, with a particular focus on violent crimes.

If the judge finds a history of sexual abuse or domestic violence, for example, they may decide that the offending parent poses a danger to the child or is unfit. If this is the case, this parent might be barred from visitation or might only be granted supervised visits.

In cases where a parent has committed particularly serious violent crimes, such as murder, assault, sexual assault, and mayhem, the courts may even decide to strip that parent of their parental rights.

The courts will also look at non-violent crimes but depending on the specific circumstances of the crime, they might not have as big an impact on custody or visitation rights.

Determining child custody and visitation rights is one of the most important decision-making powers the court has, considering how much these decisions will affect the futures of the families involved. Judges are obligated to consider a parent’s criminal history along with any other issues that might shed light on the child’s potential to be safe and thrive in their family home. If you are separating from your spouse and criminal history is a factor in your case, a skilled family law attorney can help you fight for your rights, as well as for the best interests of your children.

The Raleigh family law attorneys of Marshall & Taylor PLLC have decades of combined experience representing our clients for all their family legal matters in Raleigh and the surrounding Wake County area. Our attorneys have extensive knowledge in family law, and we are passionate about providing excellent representation for each of our clients. Call us today at (919) 833-1040 for a free consultation about how we can best serve you and your children.