A frequent issue when couples separate is the custody of any children they share. Because custody can be a complicated legal and emotional issue, you need a lawyer to help you manage the complexities of child custody when you’re separating. The Raleigh separation lawyers of Marshall & Taylor PLLC are experienced in handling separation cases and custody issues in Raleigh and surrounding areas. With our compassionate lawyers on your team, you will have help navigating the murky waters of child custody. When you have questions, you can feel confident in turning to the experienced attorneys of Marshall & Taylor PLLC. Contact us today at (919) 833-1040 to learn how we can help you manage physical custody issues during a separation.

What Is Physical Custody?

How Is Physical Custody Different from Legal Custody? 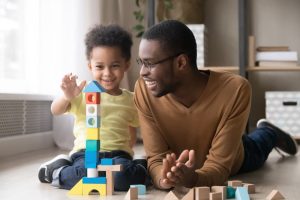 You could have either sole or joint physical custody. If you have sole physical custody, then your child lives with you and does not split their time between the households of both parents. In such a case, the other parent may still get the opportunity to have regularly scheduled visits with the child.

A child does not live with a parent who was granted visitation. Instead, visitation gives a parent the right to visit with the child at specific times outlined in the custody agreement or custody order. Sometimes, specific conditions must be met for the visitation to occur, such as meeting in a particular location or the supervision of a third party.

What Is a Custody Order? 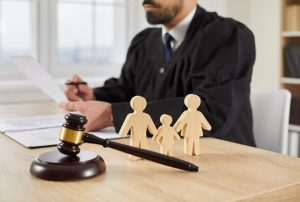 A custody order is the document that results when a North Carolina court issues an order outlining how custody, both legal and physical, should be divided between the parents. A custody order is not required. Instead, the parents agree on what’s best for their children. North Carolina Statute § 50- 13.01 encourages cooperative parenting agreements where practical. Even if both former partners agree, however, a child custody lawyer can help you formalize your custody agreement so that both parents can be held to the agreement. If the parents cannot agree, the court can decide what it believes is best for your child. In such a case, your lawyer can advocate on your behalf for the custody and care arrangements you know would be in your child’s best interests.

Without a parenting agreement that has been formalized or a court-issued custody order, both legal parents have equal rights to the child. “Legal parents” are parents recognized on official documents like the child’s birth certificate, a court order, such as child support or adoption order, or an affidavit of parentage.

What Do I Do If I Have a Child Custody Emergency?

Whether you are just beginning the process of an amiable separation or are dealing with a custody emergency, the attorneys at Marshall & Taylor PLLC are here to help. We can assist you at any stage of the process and can help advocate for you as you walk through the child custody process.

While child custody issues are often complex and emotionally exhausting, having someone who is both compassionate and experienced can make all the difference. Call us today at (919) 833-1040 so that we can help you with any separation and child custody challenges you are facing.