The Difference Between an Annulment and a Divorce

If you want to legally end your marriage in the state of North Carolina, you have two options: divorce and annulment. Both processes terminate the legal relationship and allow you to marry again if you would like. Furthermore, in North Carolina, the couple must have been separated for a year or more, with the separation intended to be permanent, to obtain either a divorce or an annulment.

However, a major difference is in what defines each of these terms. Divorce is a means of ending a legal marriage. Annulment, on the other hand, can occur because the marriage was never legally valid in the first place.

Eligibility Differences Between Divorce and Annulment

There are significant differences between the legal requirements to qualify for an annulment or a divorce. To obtain a divorce in the state of North Carolina, the parties are entitled to plead “no fault.” This will allow them to file for divorce without the burden of proving any specific grounds as a reason why the court should dissolve the marriage.

On the other hand, for the marriage to qualify for an annulment, the petitioner (the party filing the suit) will have to prove that the facts and circumstances surrounding the marriage meet specific statutory grounds. This means that if you want an annulment, you will probably be required to appear before a judge to demonstrate that the marriage is indeed legally invalid.

On What Grounds Can a Marriage Qualify for an Annulment? 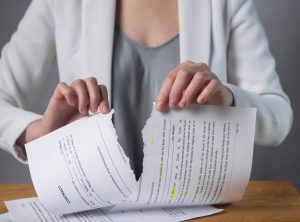 North Carolina generally recognizes seven grounds for the annulment of a marriage:

It is important to note that, despite the above grounds, any marriage that is followed by cohabitation and the birth of children is not eligible for an annulment after the death of either of the spouses, except in the case of bigamy.

What Are the Differences in Outcomes Between Divorces and Annulments?

Because an annulment treats a marriage as though it never existed in the first place, there are a couple of important differences in legal obligations at the end of each of these processes as well.

The first is that, after an annulment, neither party can be held liable to pay spousal support because the legal union never existed. If the couple had children together, however, child support will still be payable.

Secondly, after an annulment, the court does not have the power to divide the couple’s property equitably because there was never a marital estate in the eyes of the law.

Depending on your eligibility, these distinctions may make an annulment a more favorable option. An experienced family lawyer can help you determine what is best for you.

If you have concerns about the legal validity of your marriage, you should speak with a Raleigh family law attorney as soon as possible. The legal team at Marshall & Taylor PLLC will review the circumstances of your relationship with you and can provide you with advice about whether state law permits you to proceed with an annulment. Contact us today at (919) 833-1040 for a confidential consultation.